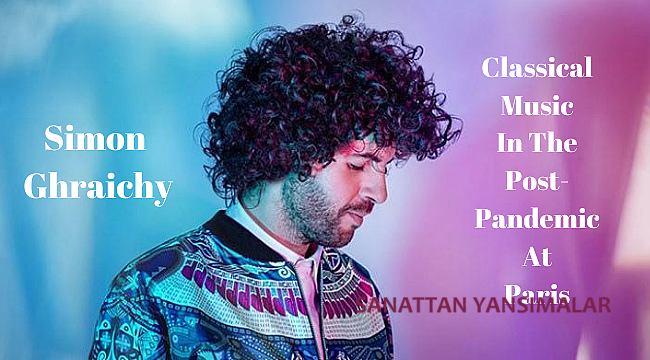 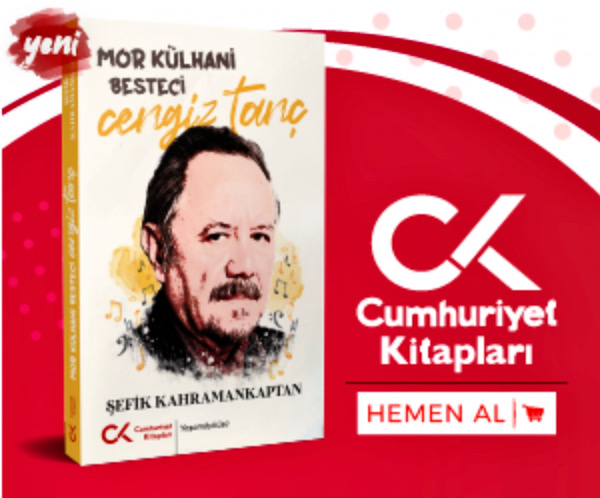 Famous Mexico and Lebanon origin French pianist Simon Ghraichy, born in 1985, settles in Paris after a cosmopolite childhood and youth life in Lebanon, Mexico, and Canada.

The talented pianist applies to the conservatory at 16 for his first academic piano education. He first admitted to the Paris Conservatory in 2004, and then the young talent is admitted to the Sibelius Academy in 2008. In this period, he won awards in many important national and international competitions. Simon Ghraichy is famous for his unique personal style, blending various cultural influences. Simon joined Deutsche Grammophon with the agreement he made in 2017.

Simon Ghraichy answered our questions and expressed his views about the post-pandemic situation from Paris.

“I am currently living in Paris . We are slowly returning to normal. We were in quarantine for almost 2.5 months. Nowadays, restaurants, bars, theatres, everything is reopening under certain measures. As of now, the returning to normal for concert halls seems to be the last. Even though the pandemic seems to be under control in France, according to me starting, the concerts again soon are not possible due to the unstable attitude of the society towards the disease. The government has not yet made an official and consistent statement about concerts' hall and summer festivals.

In the quarantine and normalization process in France, people were as cautious as possible they can. Nine out of ten concerts were canceled during this period. We thought the concerts would not be held during the summer and even longer. However, improvements are made in order to gradually return to normal, and bans are lifted. The return to normal will not be as bad as I thought. We have hoped for everything to return to normal. But this is just staying as hope because the government still does not do much about concerts. 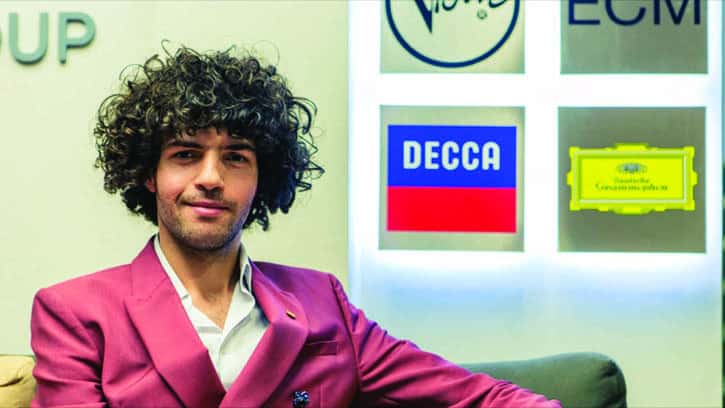 At the moment, for the first time in France, after 3 months, a concert hall on the west coast held only a few concert events. But it’s sad that orchestral performers took part in a seating plan, distant from each other, and as audiences, only 1/5 of the hall's capacity was accepted to the audience.

I am frankly concerned about the future of traditional classical music concerts, which we are now accustomed to.

I am already seeing many concerts on the internet to keep bound with the audience alive. However, it is a fact that these concert events never have the same of electricity with the audience at a live concert, online cannot replace or express ambivalence. What's in it for the artist to give a concert if there is no audience, no kisses, no hugs, and congratulations waiting for you after a great concert?

Frankly, I am concerned about what will happen in the future. Because in this pandemic, the audience gained bad habits that push them into laziness. I do not want to exaggerate or deteriorate, but I believe that being away from the stage, giving audiences the luxury of choosing free concert among 10-15 different artists at the comfort of their house is a great threat to the future of the concerts.

The measures that are taken by the French government against this epidemic are not enough. This is not a normal, known disease. Because of the uncertainty regarding the disease itself and the course of the epidemic, the government is unpredictable, so everything can change or remove progress against Covid-19 can be made by trial-and-error day by day, but thanks to new measures we are out. 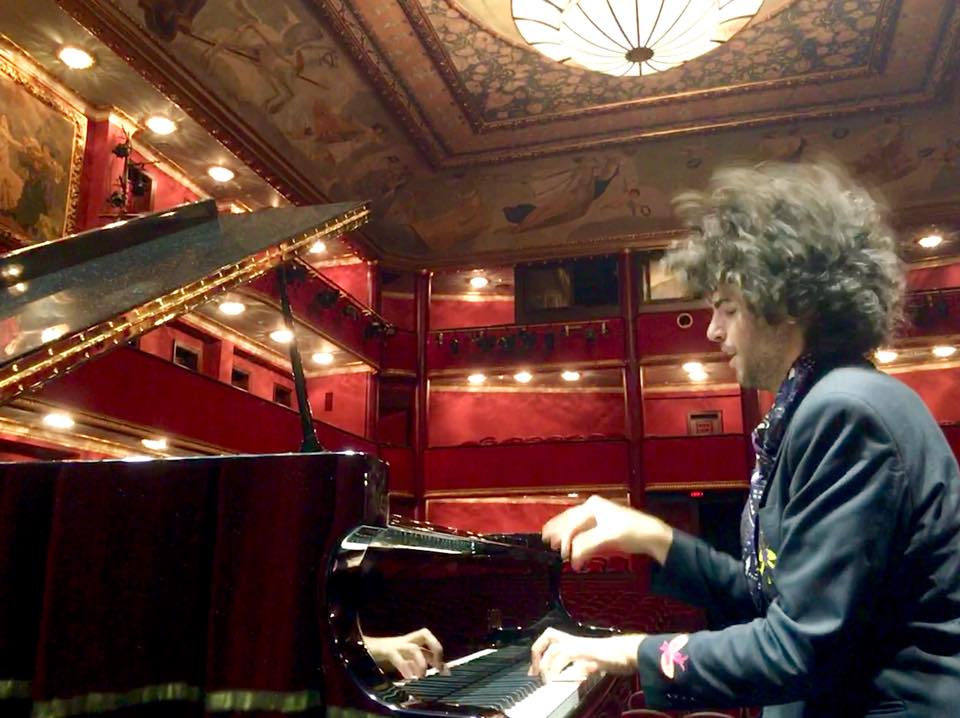 Currently, the government has not taken rational decisions about concerts, on the other hand all French citizen artists who have been affected by the pandemic have newly adopted legislation of the financial support program to secure the artists financially. The system normally tests how many concerts the artist has in a month and the income from these concerts, how many of these concerts took place or canceled. Everything is based on your statement. And this determined financial loss is paid to you every month over a limit. I and many of my artist friends and I have taken advantage of this support program.

This is the only decision the government has made regarding art and artist, which gained the respect of all artists. It has been announced that the artists will be paid in all conditions from June 2020 to August 2021, for 14 months. Thus, thanks to the government, all artists can get over the situation & survive during this period without worrying, at least for the money needed to sustain their life.

But we are artists and we exist with music & concerts, so we are expecting more and more explanations and new initiatives from the government about the future of the concerts. We all know that the fundamental thing is survival, and we will survive with the financial support provided to us, but we want to hear about what measures and initiatives about the future of the concert and concert halls. Without concert & concert halls artist can not subsist our existence. We are alive, but we are now stuck between four walls.

After the post-pandemic we, as artists, should have to keep the bond with each other as tight as possible. We must be strong and support each other.

As soloists, we must create solutions and repertoires on how our working conditions with orchestras can be. If we cannot bring 60 musicians to the stage within the physical distance rules, we should prepare programs that we can play with small orchestras or chamber orchestras, rather than going on stage without orchestra. In this way, the orchestra artists will work, the halls will remain open, and even a few audiences can attend live concerts. 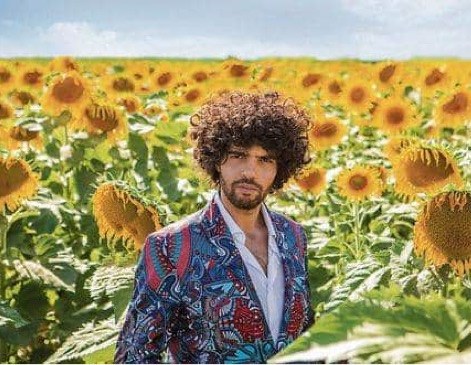 I also have an idea about the festivals. There were many festivals to be held in summer. But Festival executives do not know how to perform these events and are really concerned. Because for the indoor festival concerts the average age of the audience attending the festival is high, this why the danger bells are ringing for the festivals. But we have exquisite rural areas where open-air concerts can be given all over France. This opportunity is a solution for all concerts and festivals that do not seem to happen now. Even with a tiny budget and resource requirement, it is possible to realize a simple stage with a few instruments, singers, or soloists while maintaining the physical distance outdoors and taking the precautions.

I think classical music should survive in every way and meet its audience. This pandemic process taught us that concert halls are no longer the only place for music to exist and survive. It is time to go out of bounds and maybe this will go down in history as a new mainstream in music history.” 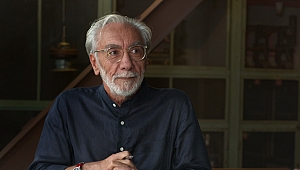 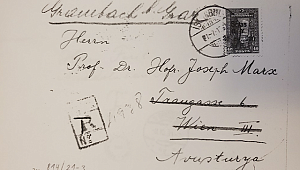